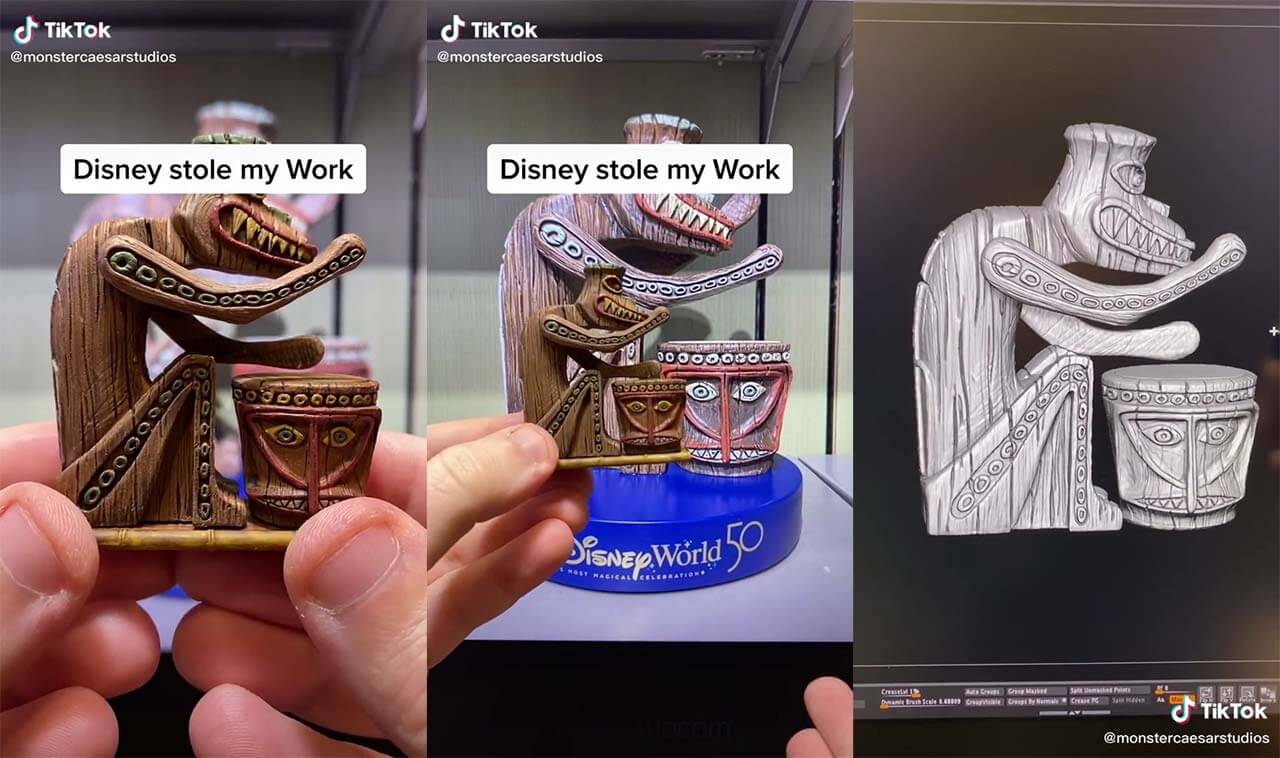 Disney stole a fan-made sculpture from a sculptor Andrew Martin yesterday and is selling it for profit at its theme parks, the artist claims on TikTok. Although their sculpture was made in 2018, Disney’s has only appeared so far this year. The resemblance is startling. The tiniest of imperfections are the same, including circles that bleed into one another and various scratches.

An artist, Andrew Martin has claimed in a viral TikTok video that Disney “stole his artwork”. Moreover, they are selling copies of it in its parks. TikToker and artist Andrew Martin (@monstercaesarstudios) posted a video on Saturday comparing the artist’s work with Disney World merchandise.

Martin explains that he created a sculpture of a character from Disney’s Enchanted Tiki Room. It was an attraction at the Disney parks. A 3D model of the sculpture was shared on to Thingiverse, a file-sharing site so that others could print it.

Disney World is reportedly selling the same Tiki Room character, and Martin says the design is very similar to his. The details that Martin points out are identical between his model and Disney’s statues, including small cuts, dents, and conjoined circles.

Andrew Martin further stated that the design resembled his design because it was his design. There are some users who claim that Disney has the right to use Andrew Martin’s design since Martin “copied” them first. According to the video.

Martin has a Creative Commons license while the publishers published his design. Under the license, he and anyone else who uses his design cannot sell it and must give Disney credit. Andrew Martin also says they had hired someone design the figurine and the same person probably stole his work.

In his words, in all probabilities, the thief was some lazy waste of skin, a talentless hack, who stole his work and passed it off as their own. Although he hasn’t taken legal action and it isn’t clear what steps he will take, he shared the TikTok video to draw attention to the fact that the Tiki Drummer product at Disney parks isn’t his.