Is Girl in the Shed a True Story? Is the Lifetime Movie Based on the Kidnapping of Abby Hernandez? 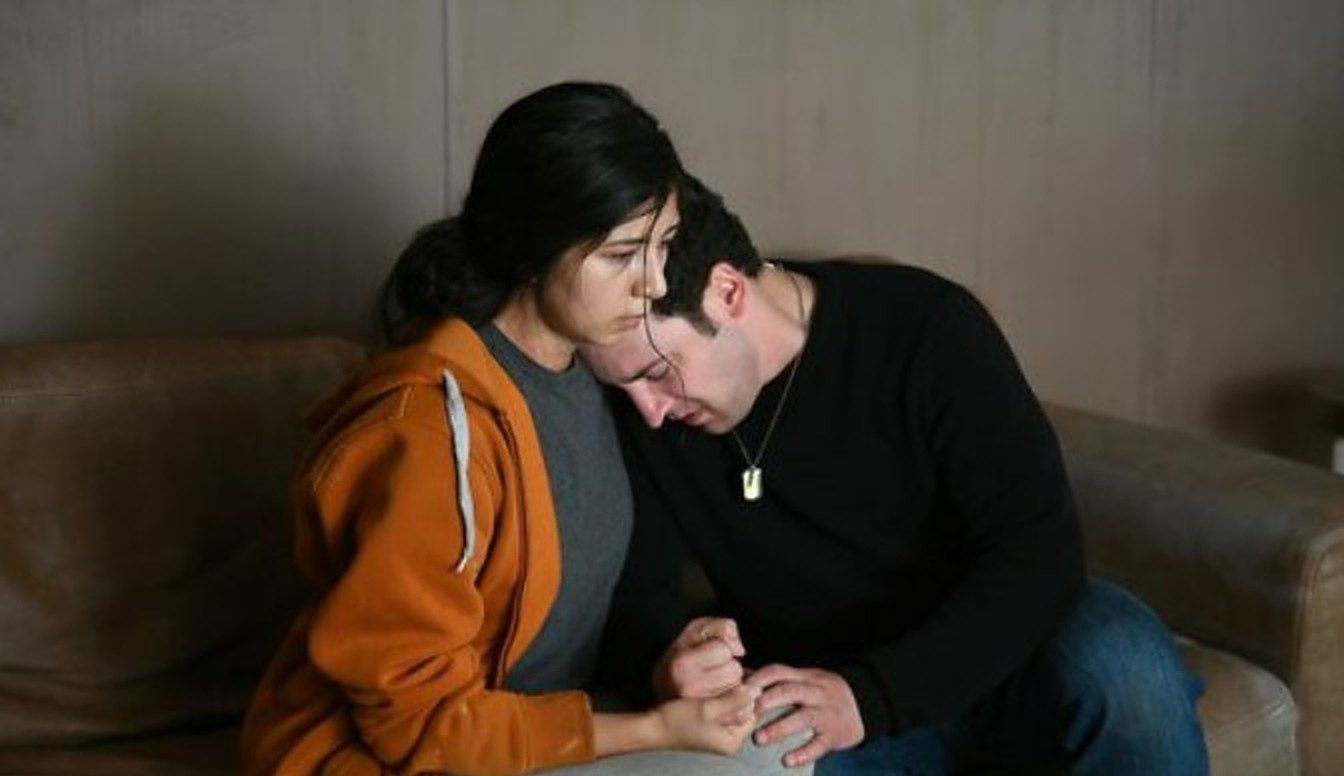 A Jessica Harmon directorial, ‘Girl in the Shed: The Kidnapping of Abby Hernandez’ is a thriller drama movie that follows Abby, a courageous teenager who is kidnapped on her way back home from school in North Conway, New Hampshire. Her captor, Nathaniel Kibby, keeps her in a soundproof shipping container and subjects her to various forms of physical and mental abuse every day for nine months.

Throughout the painful ordeal, Abby puts her faith in God and hopes to be rescued soon by authorities. Meanwhile, her mother, Zenya, fights a battle of her own while trying to search for Abby and fighting her fears. The movie is a gritty portrayal of a young girl’s trauma as well as her mother’s relentless efforts to get her back. The realistic narrative and powerful performances of the actors make one wonder if it’s based on a real incident. Let’s find out if that is the case.

Is Girl in the Shed: The Kidnapping of Abby Hernandez a True Story?

Yes, ‘Girl in the Shed: The Kidnapping of Abby Hernandez’ is based on a true story. It chronicles the real-life kidnapping of Abigail Hernandez on October 9, 2013, from North Conway, New Hampshire. Abigail AKA Abby was a student of Kennett High School and lived with her mother, Zenya, and sister, Sarah, in the village.

On the day of the incident, the then-14-year-old was seen walking back home from school between 2:30 to 2:35 pm and last texted her boyfriend, Jimmy Campbell, at 2:53 pm.

At about 3:07 pm, Abby’s cell signal disappeared. When she did not return home or respond to her mother’s messages, a frantic Zenya filed missing persons report at the local police station at 7 pm. Thus began a harrowing search for Abby, and within 48 hours, the FBI became a part of the investigation. From door-to-door questioning to narrowing down suspects and tracking surveillance footage, nothing provided any solid leads regarding her sudden disappearance.

Just three days after Abby went missing — on her 15th birthday — a candlelight vigil was held in the town to pray for her return. Moreover, Abby had a healthy social life and shared a wonderful equation with her family; thus, any foul play from that end was ruled out.

On November 6, 2013, Zenya received a letter from her daughter that was postmarked on October 23, 2013. It stated that she was alive and missed her mother but couldn’t disclose her location.

Thus, the investigators suspected Abby was kidnapped and started looking for more information. However, their search was fruitless, and a distressed Zenya soon began losing hope. To everyone’s surprise, a 15-year-old Abby returned home nine months later, on July 20, 2014. She revealed that she had been kidnapped by a man named Nathaniel Kibby and held captive in a soundproof shipping container in his property in Gorham, 30 miles from town.

Abby further disclosed that she was repeatedly sexually assaulted by Kibby and he forced her to wear a shock collar. He also emotionally and psychologically abused her and threatened her of setting the container ablaze if she tried to escape.

In a September 2018 ABC interview, she shared, “He said, ‘You know, I’m thinking of finding something a little more humane for you to keep you quiet… He said, ‘I’m thinking of a shock collar.’ You know, that like dogs wear.”

To protect herself and win Kibby’s trust, Abby befriended him by conversing with him and helping him in his business of producing counterfeit currency notes and selling them online. Soon, he began giving her books to read, and she discovered his name from one of them.

She further strengthened Kibby’s trust by promising not to give his identity away. As a result, he decided to let her go after fearing arrest for his counterfeiting activities. However, Kibby did threaten to kill her dogs and family if she approached the police.

On July 20, 2014, Kibby dropped Abby exactly near the spot from where he had picked her up in his car nine months ago. The traumatized teenager finally reunited with her family and Kibby was arrested from his home on July 28, 2014, in Gorham.

He was charged on more than 180 charges, including multiple counts of sexual assault, threatening, and kidnapping. He pleaded guilty to seven charges on May 26, 2016, and was sentenced to 45-90 years in prison.

Abby remained silent publicly about her ordeal for several years but came out in the open in the above-mentioned ABC interview in 2018. She stated that the experience had changed her life and added, “Every time I go outside now, I really try to appreciate the sunlight and fresh air…

It really went in my lungs differently… I really try to never take that for granted.” She further decided to tell her story by serving as an executive producer for ‘Girl in the Shed: The Kidnapping of Abby Hernandez.’

In an interview, Abby shared that she didn’t feel scared, and though making the movie feel slightly strange, she found it rather healing at the same time. In addition, actress Lindsay Navarro, who essays Abby in the movie, spoke in another interview about how the teenager wishes to inspire people with her story.

“Even in the faith of such evil, such wickedness, there can be good. There can be light at the end of it. She wants to […] inspire people in that way, to show that it is possible that you don’t have to be defined by your circumstances,” she added.

Therefore, we would like to reiterate that ‘Girl in the Shed: The Kidnapping of Abby Hernandez’ is an honest retelling of Abby’s traumatic ordeal as well as the bravery she exhibited in not just escaping her captor but overcoming her agony.

The movie is also an ode to Zenya’s fight to bring back her daughter safely, as well as an analysis of the motives behind Kibby’s actions. All these are brought to life by the terrific work of the cast and crew.