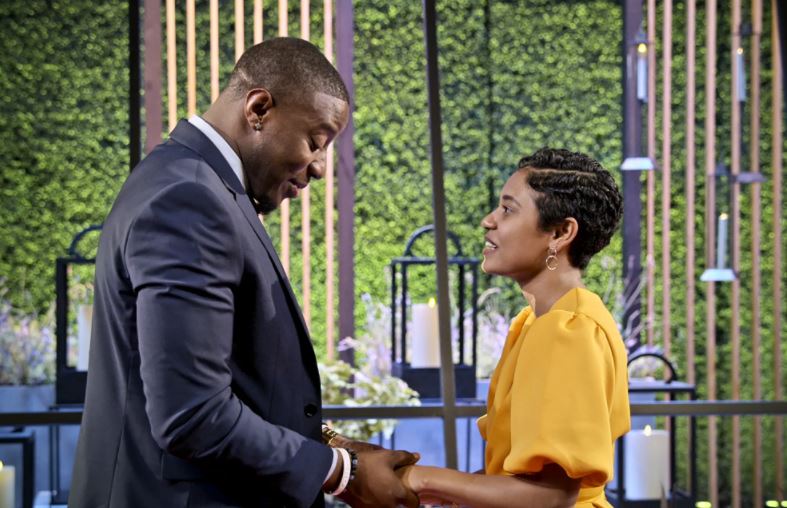 Following an agonizing two years, ‘Love is Blind‘ is finally back on our screens to deliver what can only be described as an emotional rollercoaster ride of heartbreaking dramas and cosy romances.

After all, the reality dating series centres around a group of hopeful singles as they try to find a match, fall in love and get engaged sight unseen, only to soon decide if they’re ready to promise forever or not. 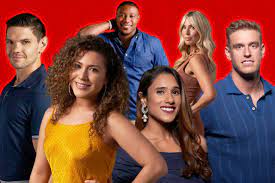 In other words, this Netflix original looks to answer the age-old question of whether deep emotional connections in relationships can really conquer the aspects/expectations of physical attractions. So now that season 2 has premiered all its episodes – revealing which couples ultimately get married and which don’t – let’s find out everything there’s to know about its upcoming reunion special, shall we?

‘Love is Blind’ season 2 reunion special is scheduled to release on Netflix on March 4, 2022, at 12 a.m. PT or 3 a.m. ET — precisely a week after its episode 10, aka the finale entitled ‘The Weddings,’ landed on the global platform. This season is actually sticking to the successful launch pattern of the previous one, meaning that its initial 10-episode run and the special are spread across four weeks.

While the initial five instalments came out together on February 11, 2022, the subsequent four dropped at once on February 18. Thus, episode 10 concluded the entire love-filled season on February 25, leaving the reunion to give us an update on the date mentioned above. These episodes have a runtime of approximately 46-76 minutes each, and every single one of them is as romantic as it is entertaining.

Where to Watch Love is Blind Season 2 Reunion Online?

As mentioned above, ‘Love is Blind’ is a Netflix original, which means that the only way to watch all its episodes without any issues, including the season 2 reunion, is on the online service — here. Regrettably, that signifies the series is not available on any other platform, and you’d have to pay a monthly subscription fee to access the same, especially because the streamer doesn’t currently offer a free trial period in the US.

With that said, the good thing is that you can use Netflix relatively effortlessly, whether through a smartphone, tablet, or computer, or any other compatible device such as Apple TV, Chromecast, and Amazon Fire TV.

The reunion special of ‘Love is Blind’ season 2, simply entitled ‘The Reunion,’ will essentially serve as the aftermath of ‘The Weddings’ (and thus the entire instalment). In short, it’ll delve into not only how Danielle and Nick, as well as Iyanna and Jarrette, settled down into their everyday lives after tying the knot but also the favourite/most memorable moments of the other four couples.

Did Mallory and Salvador start a relationship outside the experiment after saying no at the altar (like season 1’s Giannina and Damian but much more stable)? Did Natalie and Shayne ever get over the massive argument they had following the bachelor and bachelorette parties that led the former to call things off?

Did Deepti and Shake remain “best friends” despite everything they went through? And what exactly did Shaina and Kyle get up to after parting ways in the middle of the experiment? All this, and much more, will likely be covered in the reunion.