Magic Dates: Who Are They and What Do They Do? 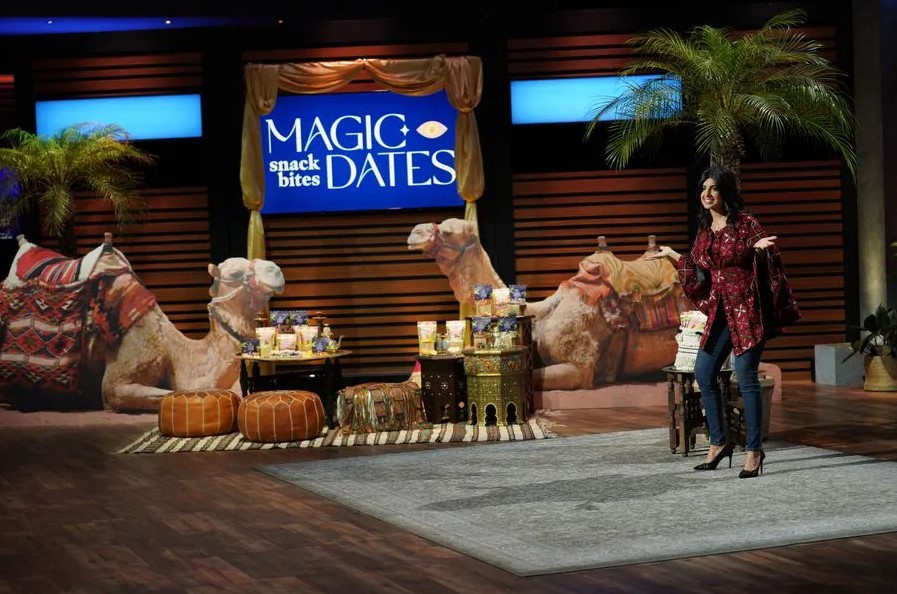 Season 13 Episode 15 of ‘Shark Tank‘ witnessed Diana Jarrar present Magic Dates, hoping a Shark would be willing to take a bite of her delicious snack. Growing up in Syria, Diana has snacked on dates for most of her life.

Magic Dates is a novel and attractive way of introducing delicious and healthy snacks to the present market. Such an exciting product sure deserves a second look, and thus, we decided to chart out the company’s growth.

The mastermind behind Magic Dates, Diana Jarrar, was born and brought up in Damascus, Syria. Although her family immigrated to Canada when she was just 11, Diana is exceptionally proud of her middle-eastern roots, which is clearly reflected in Magic Dates.

She even lived in Saudi Arabia for a while before moving to Los Angeles and earning a Bachelor of Science in Marketing from California State University, Northridge. While earning her degree, Diana worked as a Training Developer at The American Association of Aesthetic Medicine and Surgery.

After graduation, Diana went on to open her own modern Mediterranean catering service, The Aventine Hill. Subsequently, she worked as a Licensed Agent and Marketing Director at Rodeo Realty, Inc. before starting Magic Dates in September 2016. Growing up in the Middle East, Diana has a deep relationship with dates.

She adores their taste and loves the ones that come with a walnut in place of the pit. However, once she immigrated to the West, she was dismayed to see how underrated dates are in this part of the world.

Thus, determined to give her favourite snack a modern makeover, Diana launched  Magic Dates. Dates are actually quite a lucrative sweet snack as they are non-GMO, as well as dairy and gluten-free. On top of it, the sugar in Dates is completely natural and doesn’t come with any of the hazards refined sugar boasts of. Besides, they are also rich in antioxidants, phytonutrients, and fibre.

Where Are Magic Dates Now?

Diana was quite surprised at the response she received immediately upon launch. Customers were quick to take to the new snack, and Diana knew she had to keep up with the market and produce more varieties to keep her business going. At present, Magic dates are available in a host of different flavours, including Salted Walnut Brownie, Lush Lemon Bar, Choco Coconut Cookie, Triple Choco Crunch, and Blueberry Choc Dream, among others.

Moreover, Magic Dates pride themselves on using 100% natural ingredients with zero added sugar. Additionally, even with the product being available on their own website as well as Amazon, Diana wanted to widen her consumer base. Hence, she tied up with numerous shops, such as Erewhons Markets and Lassens Natural Food and Vitamins, to get her products on their shelves.

At present, a pack of eight packets at 3.5 oz each (a quantity the website describes as a month’s supply) is available for $40. However, one can avail a bit of discount if they choose to get their snacks on a subscription basis. Besides, Magic Dates even provides a four-pack sampler which will set you back by $24.99. With their exposure on ‘Shark Tank’ and Diana working tirelessly to take her business to greater heights, we can expect Magic Dates to witness further success in the near future.