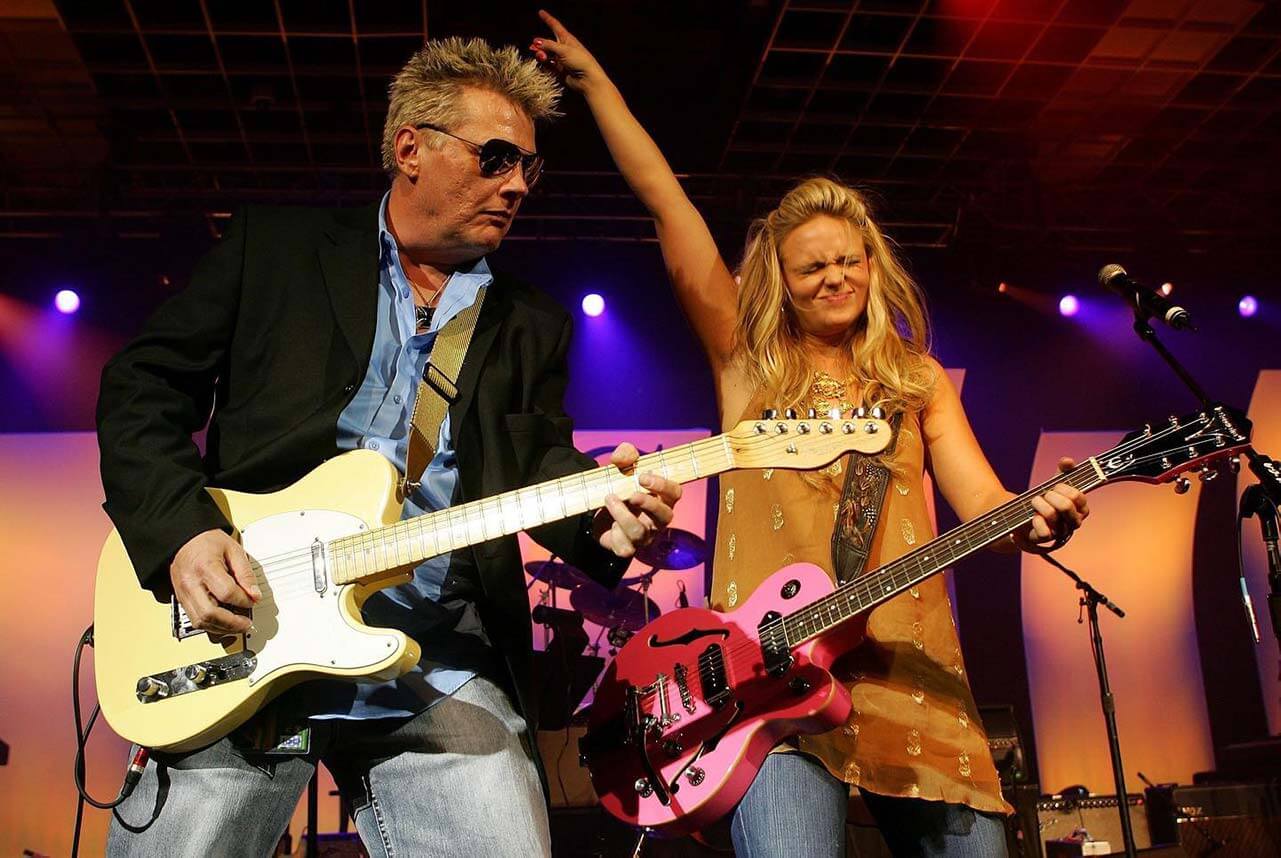 Miranda Lambert took to social media to pen a heartful message for the demise of her fellow bandmate Scotty Wray. Scotty Wray succumbed to cardiac complications and passed away on February 18, 2022.

On February 20, 2022, Miranda Lambert took to Instagram to pay her condolences to Scotty Wray. Scotty Wray was Miranda Lambert’s longstanding guitarist. The singer and songwriter shared several pictures of herself and her guitarist. In addition, she penned a long heartful message for her late guitarist. She revealed that he family to her, and felt she could conquer the world with him by her side:

Heavy heart post💔. Last night I lost one of my most treasured friends, band mates and road family members, Scotty Wray. We met in 2001 in Greenville Texas. I was 17 . That was the beginning of our journey together. We went through so much life together on and off the stage. pic.twitter.com/zW12FgoOlT

The age of the guitarist is not known. However, in all probabilities, he was in his 60s at the time of his death. He met Miranda Lambert in 2001 in Greenville, Texas, when the singer was about 17 years old, when he was an accomplished guitarist with decades of experience.

In the 20 years that followed Lambert’s musical journey, Wray was a primary contributor, until his demise. He wrote multiple songs with her. Moreover, they even got matching arrow tattoos on their hands. Moreover, not only did she call him one of the most talented guitarists she knew, but she also said that he was one of her most treasured friends.

Wray is one of the best guitarist in the country music scene. He, along with his brother Collin Raye, co-founded the musical group, The Wrays which is based in Oregon. A native of De Queen, Arkansas, he hails from a family with a musical background.

His mother was also a singer as well as a songwriter. During the 1950s, she even played the opening acts for well-known musicians like Elvis Presley and Johnny Cash. In later years, she ventured into her own solo career and often brought her sons onto the stage to perform with her. Both of the brothers would serve as their mother’s backup vocalists at the time. He was also a member of the local American Federation of Musicians branches.

It was in 1980s when the brothers made their way into the music industry professionally. In his last collaboration, he sang a duet with Miranda Lambert and his brother, for his album 2020.

He was a resident of Mount Juliet, Tennessee, as revealed by his Linkedin profile.