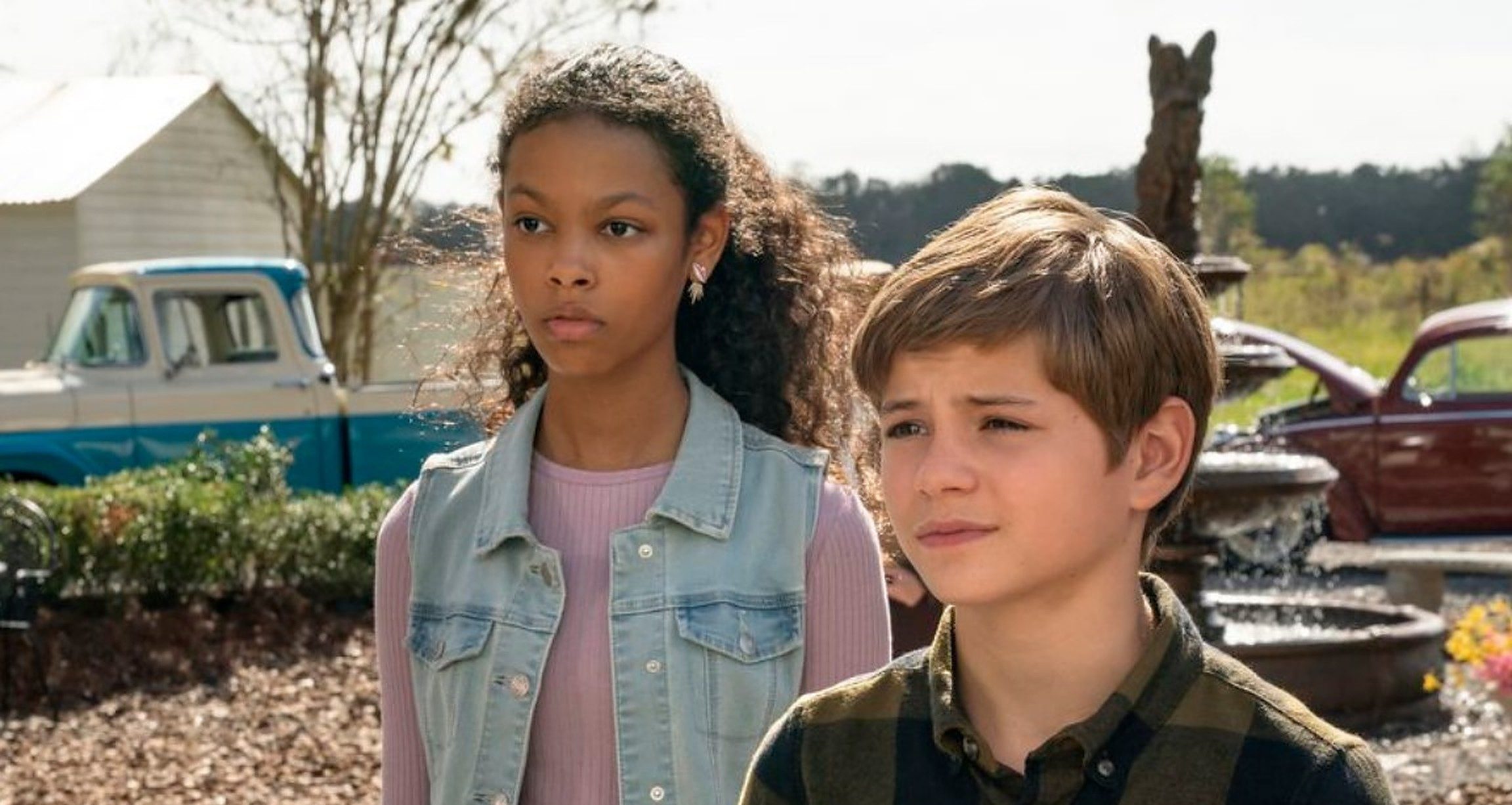 Created by Tracey Thomson, ‘Secrets of Sulphur Springs’ is a mystery drama TV series that follows 12-year-old Griffin, who moves to the Louisiana town of Sulphur Springs after his father gets a new job. The family shifts into a ramshackle hotel named The Tremont to repair and reopen it but soon hears rumours that it might be haunted. Thus, Griffin and his new friend Harper begin to investigate and discover a mysterious portal that transports them back to 1990.

The duo then begins to find out what happened to Savannah Dillon, the girl who supposedly haunts the hotel in the present. Alongside, they also unravel family secrets that change the course of everyone’s lives in the mysterious town.

Since its premiere in January 2021, the show has received much love from fans for its engaging narrative and performances. Naturally, fans are now curious to know whether they will be able to watch its third outing. If you’re a fan and are looking for the same information, you’re at the right place. Here is everything you need to know about ‘Secrets of Sulphur Springs’ season 3!

‘Secrets of Sulphur Springs’ season 2 landed on January 14, 2022, on Disney Channel. It concluded its run on February 25, 2022, comprising eight episodes in total, with a runtime of 21-26 minutes each.

Now, this is what we can divulge about season 3! Fans can rejoice, as on February 7, 2022, Disney Channel officially renewed the show for a third season during the Television Critics Association’s Winter Press Tour. Though no release date has been announced by the makers yet, production shall likely commence in the upcoming months.

The time the third instalment would take to arrive on our screens depends upon several factors like smooth and hassle-free production, availability of the cast and crew, and time taken for post-production. Moreover, since seasons 1 and 2 premiered a year after the other, it is possible that the third season follows the same release pattern. Hence, considering all the above points, ‘Secrets of Sulphur Springs’ season 3 can be expected to arrive sometime in Q1 2023.

Secrets of Sulphur Springs Season 3 Cast: Who can be in it?

The third season will see Preston Oliver and Kyleigh Curran reprising the roles of Griffin and Harper, the two young adventurous best friends. Curran shall further portray Daisy Tremont, Harper’s great-grandmother, as a young teen. Elle Graham is also expected to return as Savannah, the supernatural friend of the duo. In addition, Madeleine McGraw and Landon Gordon will appear as Zoey and Wyatt, Griffin’s younger twin siblings, and Josh Braaten as their father, Bennett.

Secrets of Sulphur Springs Season 3 Plot: What can it be About?

In ‘Secrets of Sulphur Springs’ season 2, Griffin, Harper, and Savannah discover that the real ghost haunting The Tremont is Daisy, Harper’s lookalike great-grandmother. She not just haunts the hotel in the present but also causes troubles for Savannah in 1962.

Thus, the three friends decide to follow her and travel back to the 1930s to gain more information on Harper’s family’s connection to The Tremont. However, the crystal that powers the time machine accidentally gets removed, and Harper gets stuck in the 1930s, where she meets Daisy’s brother, Sam, and father, Elijah.

Meanwhile, Daisy is caught in the present period, and both she and Harper struggle to assume each other’s identities. Elsewhere, Griffin begins searching for the crystal, and Zoey and Wyatt start their own investigation of the ghost with Topher’s help. Sam meets Savannah in the 1962 timeline, and she helps him with his Time Machine, after which he travels to the future.

On the other hand, Harper discovers the injustices against her family in the past and how their land was taken away. Daisy and Griffin finally find the crystal and rush to the time machine, and Harper returns to the present. She tells Griffin about everything she learned regarding The Tremont’s history. In the cliffhanger finale of season 2, Harper and Griffin’s families prepare to welcome back visitors to the hotel, while the duo discovers that the crystal may soon get destroyed and halt the Time Machine.

Season 3 will most likely pick up from here and reveal whether the Time Machine gets stopped or not. It will further document Griffin and Harper’s efforts to save the crystal as well as link the Tremont family’s past with the present.

Other story arcs that shall be expanded upon include the implications of Sam’s visit to the future on everyone, whether Savannah decides to follow him or not, as well as what happens after the hotel reopens in the present.