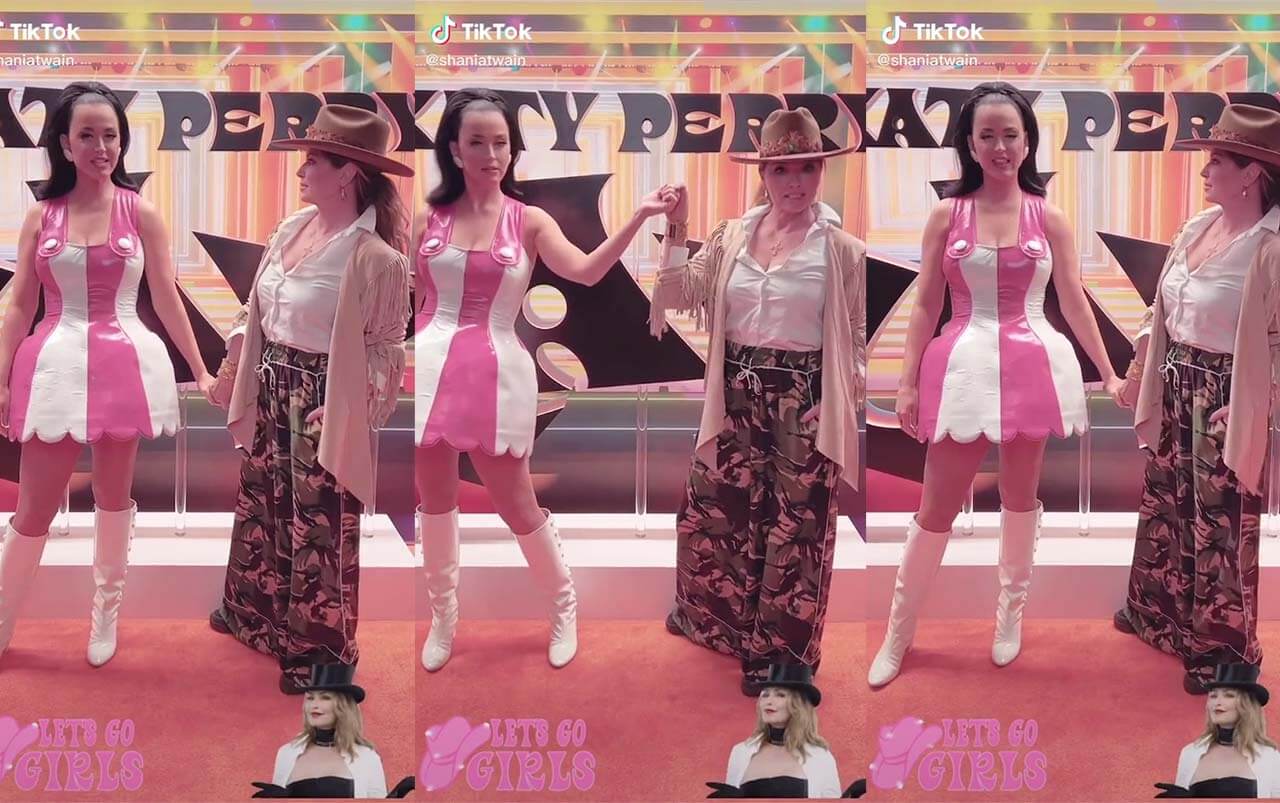 As TikTok is making its way bigger, celebs like Katy Perry & Shania Twain have recently done a collab that’s winning the hearts of the fans. Well, it was recently when the duo made a TikTok video with a song heard singing by both. Fans however seemed surprised at their collab of them and it has gone all viral.

Singer Katy Perry & Shania Twain Amazes All With Their Collab

Tiktok has no doubt gone popular not only among the common public but also among the known celebs. Certainly, all are aware of the popularity of TikTok and hence there’s one TikTok from Shania Twain that’s winning the hearts of the fans.

It was on 3rd March this summer when fans looked surprised when they saw Shania Twain and Katy Perry together in a TikTok video. Both were seen recreating a line from the popular song of Twain that goes by the title “Man! I feel like a woman”.

As popular singer Shania Twain is already a widely known TikToker, her following on the platform is way more than 1 million. However, what surprised all this week, was her collab with iconic Katy Perry. In the viral video of the duo, Katy begins by saying “Let’s go girls” after which they hold hands together.

They are then seen recreating the famous song by Twain “Man! I feel like a woman”. Not to miss, the video of her with Perry has literally gone viral after that. Also, the video has been flooded with several comments.

Users Reaction To The Viral Video

It was literally a matter of surprise for all when both Twain & Perry appeared in the same video with the recreation. It was surprisingly good to see Perry doing a collab with Twain’s song. The most amazing part however became the fan’s reaction to the collab.

Evidently, it gave out more than 100k likes to the video of Twain & Perry and gave more than 1.5 million views to it. Nonetheless, there were fans’ comments everywhere stating that they loved to see both the icons together in one video. Meanwhile, the video is gaining popularity everywhere and swirling all over the internet.