The Dropout Episode 1, 2, and 3 Recap and Ending, Explained 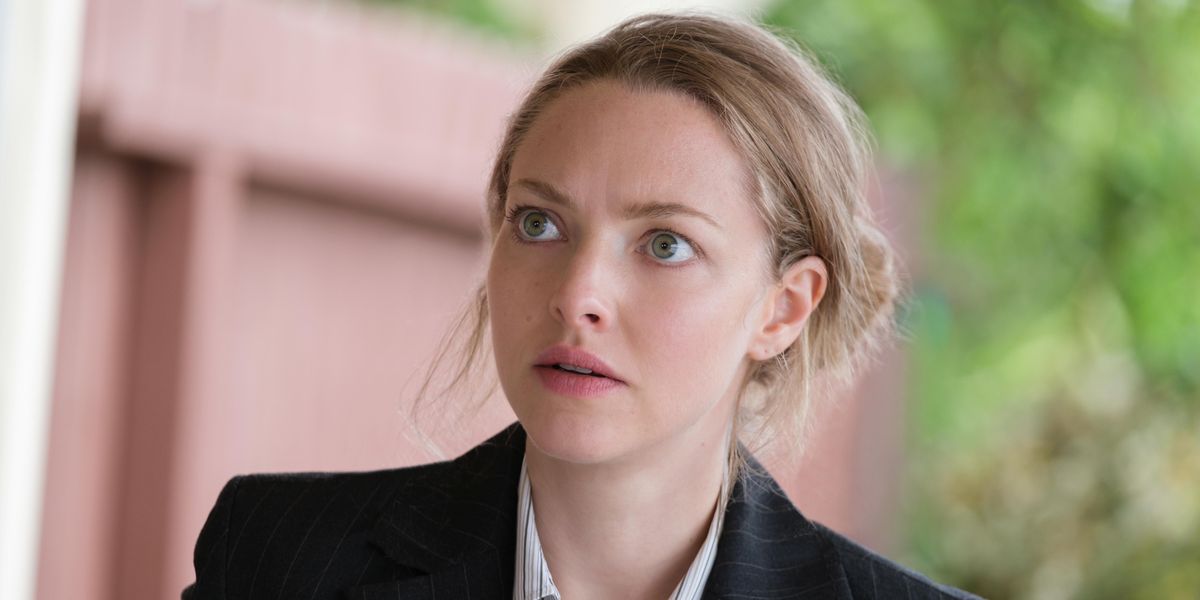 ‘The Dropout’ is a drama series created by Elizabeth Meriwether based on the ABC Audio podcast of the same name. It tells a fictionalized version of the real-life story of Elizabeth Holmes (Amanda Seyfried), a Stanford dropout who forms a medical-tech company Theranos, with the promise of revolutionizing blood testing.

However, as time passes, Elizabeth fails to deliver on her promise and starts running into trouble. By the third episode, she faces dire consequences for her indecisiveness and risks losing her company. If you are wondering about what happens to Elizabeth and Theranos, here’s a breakdown of all the major events from the first three episodes of ‘The Dropout.’ SPOILERS AHEAD!

The first episode, titled ‘I’m in a Hurry,’ introduces viewers to the life of Elizabeth Holmes, whose family goes through a rough time after her father loses his job. It leads Elizabeth to harbour a dream of starting her own company. She takes a trip to Beijing and meets businessman Ramesh “Sunny” Balwani.

The two grow close and keep in touch after Elizabeth returns to the USA. Elizabeth begins her studies at Stanford and works on developing products of her own. However, her first idea is brutally dismissed by her professor, Phyllis Gardner. Soon, Elizabeth develops a concept that simplifies blood testing. Thus, Elizabeth drops out of Stanford and starts her own company, Theranos.

In the second episode titled ‘Satori,’ Elizabeth’s affair with Sunny continues while she is setting up her company. With help from her professor, Channing Robertson, Elizabeth hires biologist Ian Gibbons to develop the technology required for the device. Engineers Edmond Ku and Rakesh Madhava help Elizabeth develop a prototype version of the device. However, production is costly, and Elizabeth quickly needs to raise funds.

She turns to various Venture Capitalists in the Silicon Valley but struggles to find funding until Don Lucas decides to bet on her. Theranos continues working on the prototype with the new financing and gets its first successful reading. However, when the company prepares to demonstrate the device to a Switzerland-based pharma company, the prototype fails. Instead of showing actual readings, Elizabeth demonstrates previously recorded data to gain the contracts.

In episode 3, titled ‘Green Juice,’ Elizabeth begins to crumble under the pressure of managing the entire company at a young age with little experience. The prototype is still not ready for the market, and the board of members is getting anxious over Elizabeth’s leadership and claims. Meanwhile, Elizabeth’s relationship with Sunny also deteriorates.

Many contracts obtained by the company are revoked as they fail to meet the deadlines, and the board decides to conduct a vote of no-confidence over Elizabeth’s position as CEO. With the risk of losing her company and her dream looming over her head, Elizabeth makes a desperate ploy to avoid getting fired.

Towards the end of the third episode, Elizabeth loses her hold over the company as various factors escape her grasp. She receives a legal notice from a businessman and her next-door neighbour, Richard Fuisz, over a patent he holds. She is forced to fire Edmond after hiring Brendan Morris as Head Engineer and taking a new approach to the device.

Soon, Rakesh also quits after getting dissatisfied with Elizabeth’s leadership. Moreover, Ana finds out about Elizabeth’s unethical behaviour and quits along with the entire Design Team. To make matters worse, Elizabeth’s relationship with Sunny hangs by a thread, and Don calls a meeting to remove Elizabeth from the CEO position.

Despite the odds stacked against her, Elizabeth resolves to keep hold of her company and wants to continue being the CEO. Therefore, she hatches a clever plan to sway the board of remembers in her favour at the no-confidence vote meeting.

Elizabeth laments her indecisiveness and inexperience but promises Don that she can change the company’s fortunes around. She reveals that she is bringing on Sunny as an official consultant and Chief Operating Officer. She further claims that Sunny will be bringing in an investment of $20 million which will boost the company’s Research & Development and help regain the investors’ trust.

However, Elizabeth is yet to discuss the matter with Sunny and plays her cards blind. Nonetheless, Elizabeth’s move works as the board decides to let Elizabeth remain the CEO and accepts Sunny joining as COO to help and mentor Elizabeth. In the end, it takes Elizabeth a matter of minutes to convince Sunny, who recognizes the ingenuity of her plan.

Thus, Elizabeth avoids getting sacked but only just narrowly. The episode ends with Elizabeth resuming the duties of CEO with a renewed passion and ambition. Ultimately, Elizabeth proves that she is cut out for being a CEO by saving her position and her relationship with Sunny in just one single move.