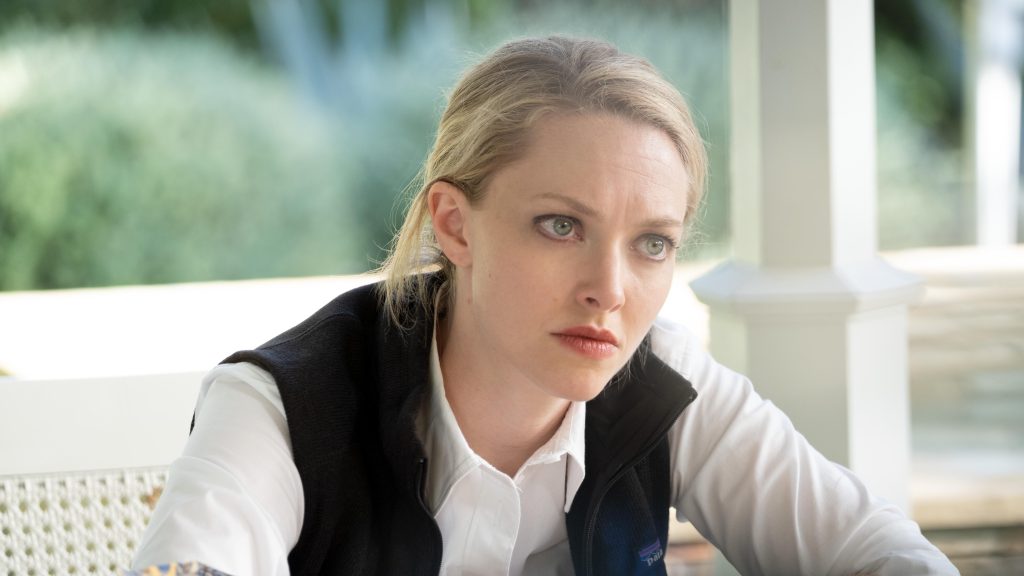 Based on the eponymous podcast by Rebecca Jarvis, ‘The Dropout’ is a miniseries that tells the story of Elizabeth Holmes, an overachiever with a troubled past who makes it big in Silicon Valley. She forges a promising path towards improving health care in the future. However, things do not go as planned. Although the series seems like a success story at first, it unexpectedly changes course when her life falls apart as her plan puts the lives of millions at risk.

Every aspect of her life, including the source of Elizabeth’s pride — her career — results in failure. So what could have gone wrong? If you’re anticipating the show’s premiere, take a look at everything you expect from ‘The Dropout’ episode 1!

‘The Dropout’ episode 1 will release on March 3, 2022, at 12 am ET on Hulu. The premiere episode will be followed by episodes 2 and 3, titled ‘Satori’ and ‘Green Juice,’ respectively. The limited series has eight episodes in total, with one hour-long episode slated to release every Thursday.

Where to Watch The Dropout Episode 1 Online?

To watch ‘The Dropout’ episode 1 as and when it rolls out, visit Hulu at the date and time mentioned above; you can stream it here. As the series is a Hulu original production, this is the only option available to watch the show as of now.

The first episode of ‘The Dropout’ is titled ‘I’m in a Hurry.’ The show will follow Elizabeth Holmes’ journey through the highs and lows of her personal and professional life. It will chronicle her life from her teenage days when her unfortunate familial situation motivates her to have big dreams, and she earns a spot at Stanford University. The show will also throw light on how she will open a health technology company named Theranos, following her graduation.

However, all of Elizabeth’s plans will fail when Theranos experiences a collapse, risking the lives of many individuals. In addition, her life-altering encounter with manipulative businessman Sunny Balwani will also come to the forefront. All in all, ‘The Dropout’ is a tale of ambition and dreams that backpedal and fall into a dark pit. Hence, Elizabeth becomes the laughable tale of a Stanford dropout with unfulfilled dreams. Here’s a trailer for the show!

‘The Dropout’ features Amanda Seyfried in the lead role of Elizabeth Holmes, a talented woman who loses all her fortune and success. Sam Waterston essays the role of George Shultz, while Anne Archer plays Charlotte Shultz, George Shultz’s widow. Michaela Watkins will essay the role of Linda Tanner while Naveen Andrews will play Sunny Balwani, Elizabeth’s boyfriend and right-hand man at Theranos.