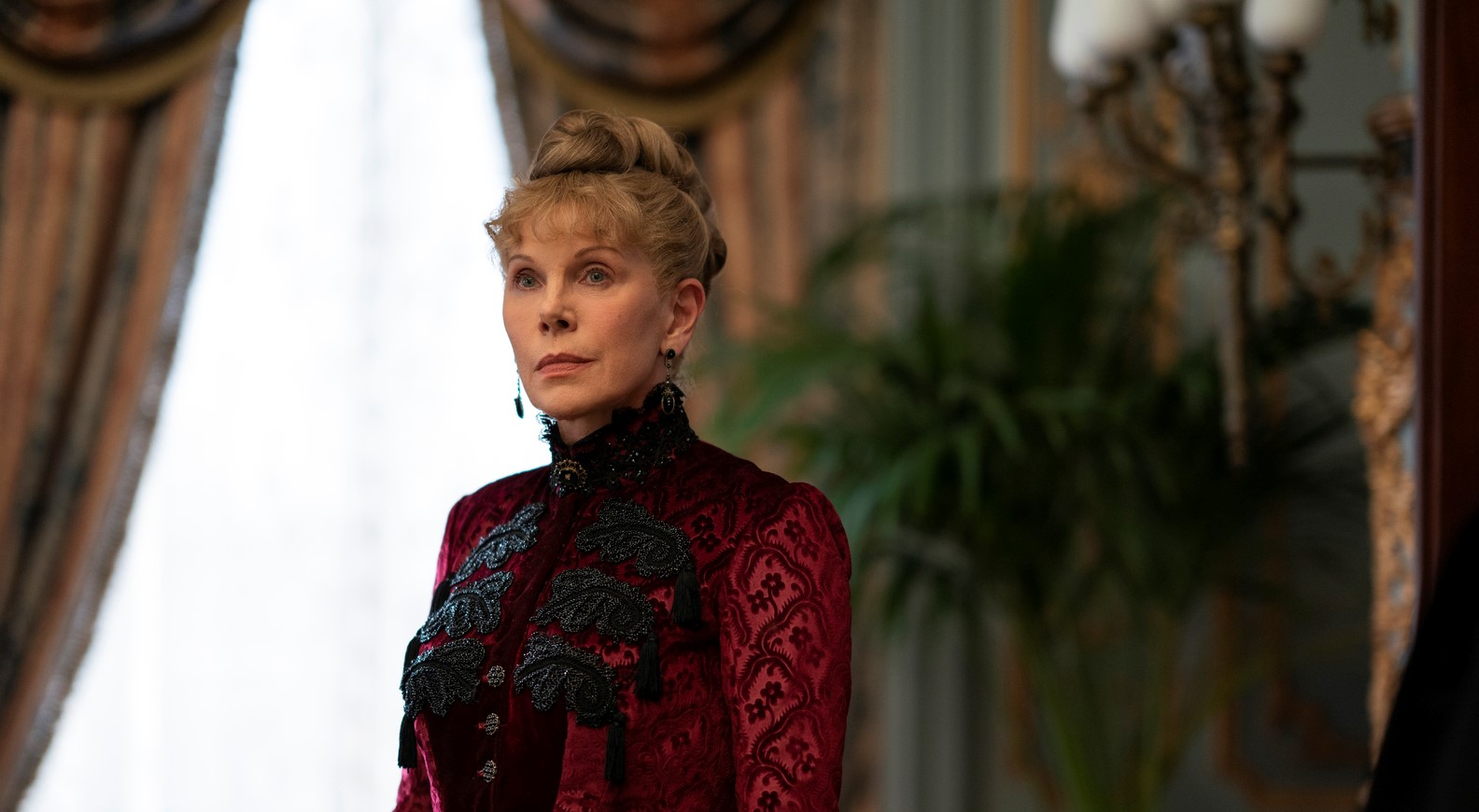 In its sixth episode, titled ‘Heads Have Rolled for Less,’ ‘The Gilded Age’ does a subtle callback to ‘Downton Abbey’ as the Russells host Ward McAllister for a luncheon with British service. As Church (Jack Gilpin) is not particularly well-versed in that regard, Bertha (Carrie Coon) hires Bannister (Simon Jones).

After her parents severed her ties with Archie Baldwin, Gladys (Taissa Farmiga) finds friendship and camaraderie in Carrie Astor. George (Morgan Spector) deals with the fallout of the accident in Millbourne, Pennsylvania, and Marian (Louisa Jacobson) discovers Agnes (Christine Baranski) and Sylvia Chamberlain (Jeanne Tripplehorn) have similar pessimistic views on social upstarts. Here is everything you need to know about the ending of ‘The Gilded Age’ episode 6. SPOILERS AHEAD.

Episode 6 begins with George and Bertha visiting the accident site. Clara Barton is already there, helping the victims. George donates more to the American Red Cross and assures her that Bertha will be there during the next meeting on the charity.

Later, it is revealed that the accident was caused by metal fatigue and broken axles, which means faulty parts were installed. This, in turn, implies that someone in the chain of command in George’s company is responsible for the accident and the five deaths that occurred because of it.

Bertha is sympathetic to her husband’s worries, but she becomes even more concerned with the fact that McAllister has agreed to have a luncheon at their home. This, along with how she is treating Gladys, sets off an argument between George and Bertha. Despite this, they continue to present themselves as a unit to their children and the rest of the world. Gladys (Harry Richardson) convinces her mother to let her attend Mrs Fish’s dolls tea party with the help of her father and brother.

There, she meets Carrie, and they discover that they are victims of similar circumstances and the whims of similarly tyrannical mothers. Meanwhile, Fortune (Sullivan Jones) credits Peggy (Denée Benton) for the recent spike in the number of subscriptions of their paper. Peggy later visits her mother and requests her not to see Marian again about the matters between the two of them.

Since the kiss they shared in episode 5, Marian has become hopeful about the prospect of a relationship between her and Raikes. However, Agnes’ opinion of the young man hasn’t altered a bit. She believes Raikes to be an adventurer and thinks that Marian will come to regret it if she ever becomes romantically involved with him. Marian visits Sylvia on behalf of Barton, and Raikes eventually comes up during their conversation. Marian is surprised when even Sylvia advises her to proceed with caution.

Church asks Bannister’s help with the service. When Bertha sees them converse, she puts Bannister in charge of the service itself, much to Church’s dismay. Elsewhere, Oscar and Ms Turner meet and plot their next move. They are spotted together by Ms Armstrong, who informs Agnes.

The Gilded Age Episode 6 Ending: How Did the Train Accident in Millbourne, Pennsylvania, Happen? Who Is Responsible?

Initial investigation reveals that equipment of sub-par materials was the main reason for the derailment and the deaths. George is incensed by this and instructs Clay to get their own people to investigate the matter. Although the tragedy will not financially ruin him and his family, he can be blamed for it, which will undoubtedly tarnish his image and that of his company.

In the final scene of the episode, George receives a message from Clay. The authorities have apparently found the man responsible. That man was the head of the team that built the engine. He claims that he has written proof that George told him to use faulty axles.

If we believe that the man did receive some form of letters or notes from George’s office, that would mean that someone with access to it has sent them. We can glean from George’s behaviour in this episode that he had no idea that axles were made out of below-average materials, so we can rule out the fact that he was trying to cut corners. We can also probably disregard Clay as a suspect because his loyalty to George seems well-grounded.

Who Sends the Note about Bannister to Agnes?

While Agnes is having lunch at her own home, she receives a message on Bannister’s whereabouts. Earlier, Bannister accepts Mrs Russell’s offer of $100 in exchange for overseeing the luncheon service, irritating both Church and Monsieur Baudin, the chef at the Russell household.

So, either of them could have potentially sent the note to Agnes. Another possibility is Bertha herself. She has seen what Bannister can do and might be thinking that he will be a great addition to her staff, especially if they continue to entertain McAllister and his circle of friends.