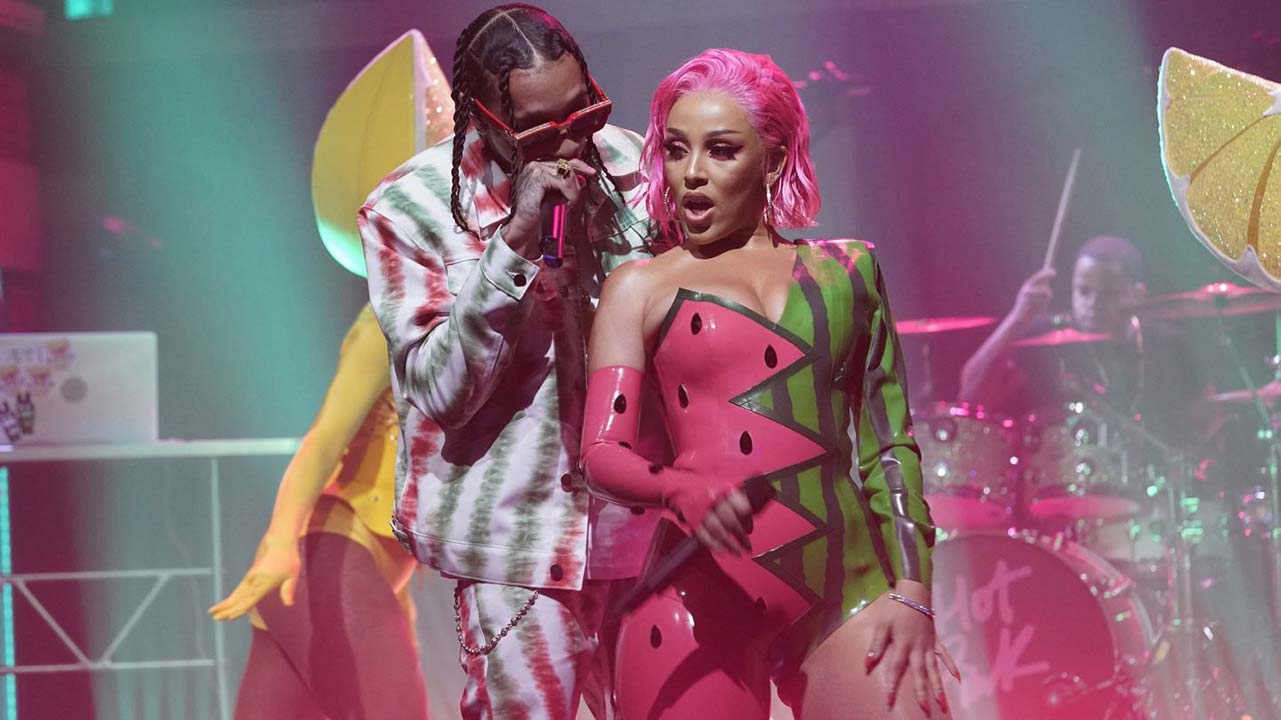 Tyga recently shared on his social media a pic of him with Doja Cat hinting that a song is arriving soon this Friday. The post of Tyga had his and Doja Cat’s pic captioned with Friday and two pair of eyes. While fans understood that there’s a new collab between the duo arriving shortly, they have already begun thinking of the song.

However, Doja Cat didn’t share any information about her new arrival with Tyga this Friday. Moreover, it isn’t the first time when Tyga and Doja had a collab done. Yet they haven’t revealed even the title of the song as of now.

Doja Cat And Tyga’s Collab For The Song “Juicy”

As 2019 had the collab of Tyga and Doja Cat for the song “Juicy”, the song from the album Hot Pink was quite a hit song. Moreover, knowing the same spark created by the duo for “Juicy”, fans are excited to see if there’s one more hit coming their way soon or not.

While both rappers Tyga and Doja are individually hit stars, their collab is expected to be something different. Well, as Friday is approaching nearer fans are all ready to have the song out to hear and see what’s going to be special about it.

As Instagram of the rapper had the announcement of a collab between Doja and rapper to arrive soon this Friday, fans have already started guessing the title of the song. As the rapper didn’t reveal much about his new arrival this month, fans are finding it bit tough as to what is in store for them to happen this weekend.

Yet, Doja too is expected to make a revelation on her new collab with the rapper soon. Until then fans of the duo are excited to have the new song of them arrive soon.