Volunteers for Jason Landry continued search over weekend in Luling 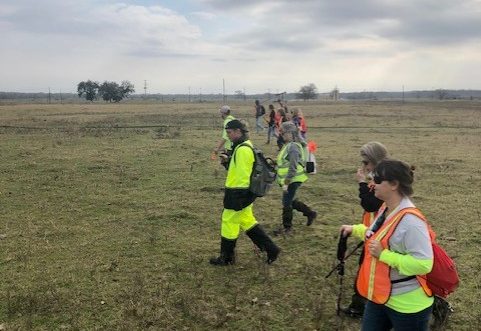 “This search is part of an ongoing effort by volunteers from Jason Landry and his family … Each search is strategically planned and efforts will continue until Jason is located,” said the search coordinator .

About 30 volunteers took part in the search, including at least six professional dog handlers with human remains search dogs, according to organizers.

According to organizers, searchers are coming from all over Texas, though the area around the Luling Salt Flat Road and the crash site where Jason’s car was found is vast and, in many areas, very dense and rugged.

“Despite these or any other obstacles, Jason Landry and the search team’s volunteers are fully committed to these efforts until Jason Landry is located,” the coordinator said.

Anyone with any information that could assist in locating Jason’s whereabouts is asked to contact Rachel Cardin of the Texas Attorney General’s Office at 512-936-0742.