What is in the Letter? Is Burt Hartman Dead or Alive? 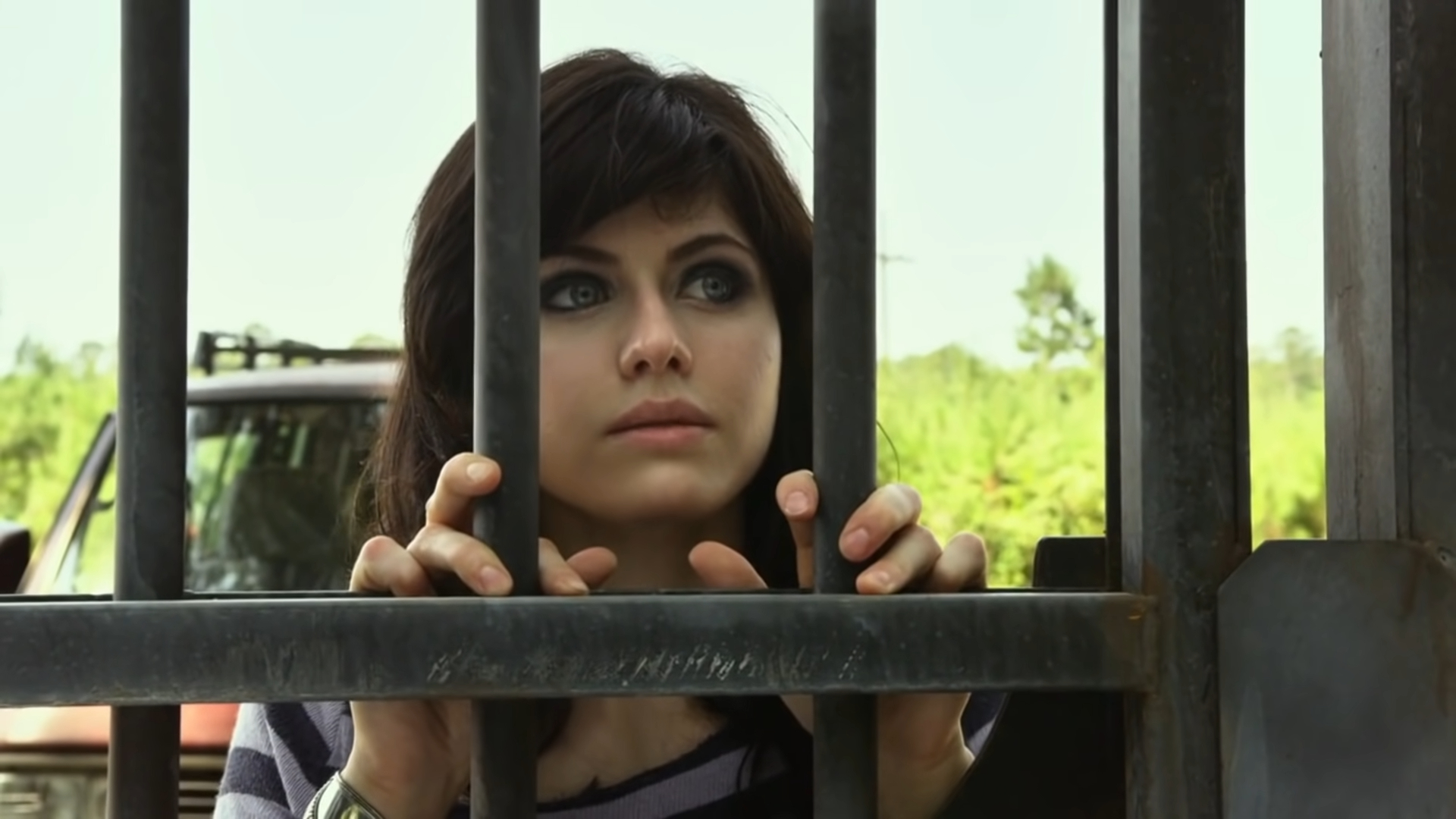 John Luessenhop of ‘Lockdown’ fame directed the 2013 slasher horror venture ‘Texas Chainsaw 3D’ (or ‘Texas Chainsaw’). Although the movie comes seventh chronologically in the franchise, it attempts to be a direct sequel to the original groundbreaking horror movie ‘Texas Chainsaw Massacre.’ Even then, it tangles up the sequence of events quite a bit.

The morbid massacre of August 19, 1973, seeps into the present as Heather Miller comes to know of her actual lineage. Following the death of Verna Sawyer Carson, Heather inherits her family estate in the small township of Newt, Texas. Heather and her friends are unaware that the opulent mansion protects terrible secrets.

A hitchhiker friend is keen on stealing a thing or two when the party is away, but he unwittingly opens a door he should not have. The ending is decidedly gory, although it keeps quite a few plot holes and loose strands for fans to figure out. If you have trouble doing the math, let us help you out. SPOILERS AHEAD.

The town sheriff comes at the Sawyer house, demanding the Sawyers to give up the menacing enigma called Leatherface. The family complies, but a group of thugs then turns up with Molotov cocktails. By the order of Burt Hartman, the goons set the house ablaze.

Meanwhile, Gavin Miller, another townsfolk present at the scene, enters the stable to discover a mother and her toddler. He goes on to trample the dying mother, Loretta Sawyer and takes the child away. While the Sawyers die, Burt Hartman becomes the mayor of the township with public support.

In the present day, Heather receives a letter from Verna Carson, her grandmother, and confronts her parents. She comes to know that Gavin and his wife Arlene are her foster parents. Moreover, the letter encourages her to embark upon a journey to find her lost roots.

Heather, her boyfriend Ryan, her best friend Nikki, and Nikki’s boyfriend, Kenny, drive to the Texan town of Newt to catch a glimpse of the inheritance. On the way, they meet Darryl, a hitchhiker who has to reach Shreveport. Upon reaching the estate, Heather meets Farnsworth, the Sawyer family lawyer.

Farnsworth gives Heather a letter from her grandmother and gives away the passcode – zero-eight-nineteen – perhaps better remembered as a date. When Heather and her crew go out to buy stuff for barbecue, Darryl volunteers to set the grill up.

On the contrary, he packs whatever he can and heads to the wine cellar, searching for further bounty. Unwittingly, Darryl opens the door that keeps Leatherface locked. After her friends’ visceral and gore deaths, Heather ends up at the police station and comes to know of her family’s history.

Texas Chainsaw 3D Ending: What Did Verna Carson Write In Her Letter? How Old Is Heather?

In the end, Heather opens the letter of Verna Carson, which predictably informs Heather of the presence of Jed Sawyer in the house. Heather realizes that she should have opened the letter in time rather than delaying it till the death of her friends.

Verna Carson also informs in the letter that Heather’s real name is Edith Rose Sawyer, which connects the plot to the original story.

Edith Rose Sawyer, the daughter of Loretta Sawyer, is the only extant member of the Sawyer family, apart from Jed. Therefore, Heather, or Edith, is the rightful owner of the inheritance. Heather also constructs the story from scratch following the letter and the case files.

The locals of Newt had a problem with Leatherface. Following the story of the first movie, Burt Hartman and the gang burned the Sawyer house down. Gavin rescued Edith and adopted her, while Verna knew of Edith’s existence.

However, according to the first movie, the massacre took place in August of 1973. And the events of this movie unfold in 2012 if we consider the date on Verna’s tombstone. Considering the fact, Heather (or Edith) should be in her forties.

But in Alexandra Daddario’s portrayal, she is a twentysomething deme. The director wanted to go back to the basics and present a campy teen slasher horror, and that is okay.

Although the timelines do not match up in the movie, it still packs considerable entertainment value for those who have not seen the earlier classic. However, the film loses some charm when placed canonically due to the misplaced timeline.

We come to know that the screenwriters initially sought to establish the movie in the 90s, which would have made more sense. However, although there remains a bit of the 90s feel, the film takes place in the present day, and Heather is still around twenty-odd years old.

Is Burt Hartman Dead or Alive? Does The Police Capture Jed?

Heather reaches the police station in the enthralling finale, escaping the chainsaw-hurling madness. Burt Hartman, the fanatical mayor, urges the Sheriff to initiate a chase for the guy who wrecked his carnival. The Sheriff thinks that the assailant can be Jed Sawyer (the first time Leatherface gets a proper name in the franchise) and thus wants the patrolling officer to stay on hold.

Officer Marvin goes into the house and discovers the catacomb through the wine cellar. He finds a bunch of chopped-up dead bodies and sends the feed to the Sheriff. After getting directions from the Sheriff, Marvin opens the freezer to look inside. Nikki is in the freezer, but in a momentary panic, Marvin pulls the trigger. Nikki dies, while on the other hand, Heather realizes her sprawling family history while looking through the case files of the massacre.

She escapes in the nick of time and regroups with Farnsworth, the Sawyer family lawyer, in a downtown bar. Burt and his goons catch up with Heather soon after, and while they beat up Farnsworth, Heather flees the scene.

Heather meets Deputy Carl on the way, asking for help. While Carl invites her into the vehicle, we later realize that he is the son of Burt. Carl takes Heather to the old Sawyer butcher farm on Burt’s orders. Jed picks up Marvin’s radio transmission and heads to the butchery to eliminate Burt. He reaches the scene to find Heather tied up. Although Jed attempts to turn the chainsaw on, he retreats while looking at the mark on Heather’s chest.

While Jed is freeing Heather, Burt and his associate capture Leatherface from behind. They chain him to a gigantic grater, and Heather flees the scene, although she later comes back to rescue cousin Jed. The movie portrays Leatherface as a tormented anti-hero, and with some help from Heather, he gives the mayor a taste of his own medicine.

On the mouth of the machine, Jed swiftly cuts off Burt’s legs, and the rest of the body falls on the teeth off of the grater. Burt Hartman dies in the scene. Remembering the past atrocity, Sheriff Hooper turns a blind eye to the death. Moreover, he knows that Burt would have done the same to Heather and Jed, and his ethical judgment weighs on the Sawyer family.