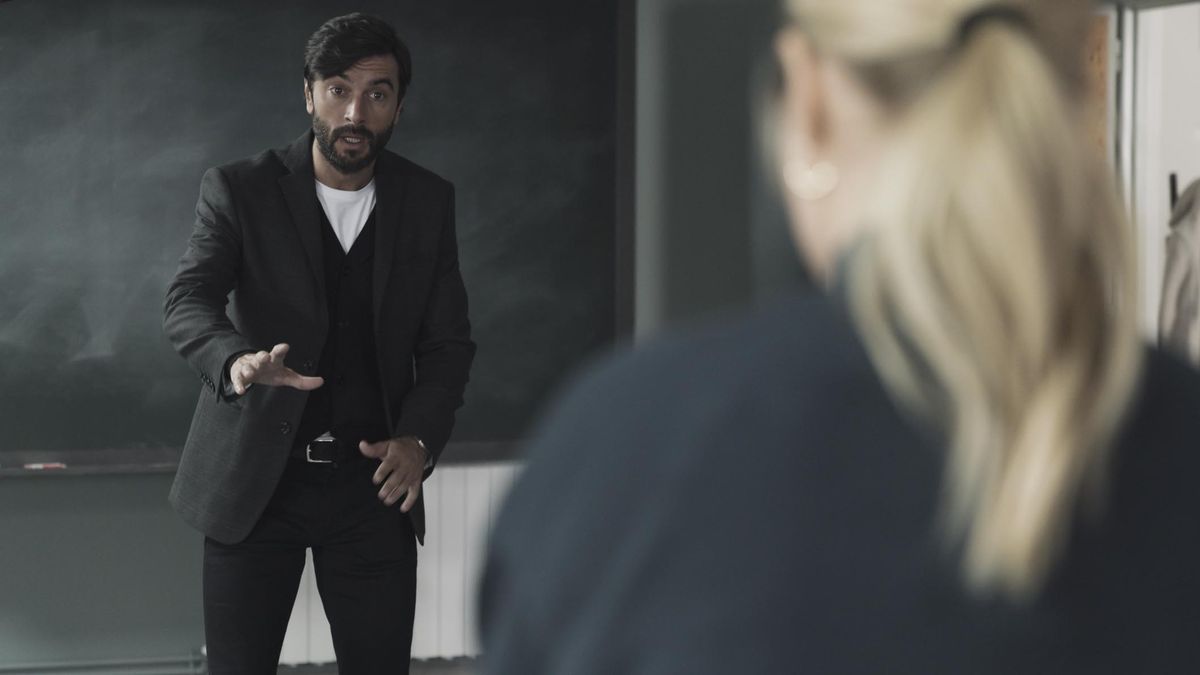 Created by Curro Novellas, ‘Lies and Deceit‘ or ‘Mentiras’, adapted by the British series ‘Liar,’  is a Spanish thriller drama series that follows the same narrative as that of its original series. The thriller series is set on the island of Mallorca and sets off when Laura Munar, a respected high school literature teacher, decides to go to dinner with Xavier Vera, a well-known surgeon.

On waking up the following morning, Laura feels unwell and her intuition tells her that she had been drugged and taken advantage of the previous night by Xavier. Complementing the dark and mysterious theme of the narrative, the visuals and backdrops make use of a rather bleak tone to emphasize the suspense and mystery that the series possesses. If you find yourself curious about the filming sites used, we have covered everything you wish to know about the same!

The first and only season of ‘Lies and Deceit was majorly filmed in two Spanish locations, the capital Madrid and the largest island in the Balearic islands Mallorca, where the story is set in. The principal photography for this Spanish adaptation of ‘Liar’ commenced in November 2019 and wrapped up by December 20, 2019. In case you are looking forward to getting to know about the specific locations, you are at the right place as we have got you covered!

Mallorca, as aforementioned, is the largest out of all of Spain’s Balearic Islands located in the Mediterranean, and its diverse landscape was used to the full advantage for the production of ‘Lies and Deceit.’ The ‘Lies and Deceit’ production team spent quite a lot of days filming in Palma de Mallorca, which is the capital and resort city of Mallorca, located in the western Mediterranean. Demarcation de Costas de Les Illes Balears was another prominent location in which a few shots were lensed for the show.

Another location where the production team sat behind the cameras is Porto Colom, situated in Mallorca. Several pivotal scenes were filmed in this location for the thriller series. Over the years, this beautiful and scenic island has been used as the backdrop for several movies such as ‘Me Before You‘ and ‘Cloud Atlas.’

Being the capital and the most populous city of Spain, Madrid played its part in the production of ‘Lies and Deceit.’ The cast and crew were seen at several locations all over the city to get more shots for the fast-paced drama series. Hospital de Torrejon, which is located at Calle Mateo Inurria, 28850 Torrejon de Ardoz in Madrid was used as a filming site for several sequences.

The crew members were also spotted in an event-hosting property, Espacio Negrales at Calle San Pedro Poveda, 2, 28430 Alpedrete in the capital, shooting a few scenes. Hospital de El Escorial, located at M-600, Km. 6,255, 28200 San Lorenzo de El Escorial, along with Hospital HLA Universitario Moncloa at Avenida de Valladolid in Madrid were a couple of more hospitals that were used for the production of some episodes.

Zubi Design IMDEA Software Institute, which is situated at Campus Montegancedo s/n 28223 Pozuelo de Alarcon was used as a backdrop to lense some additional scenes. For the purpose of filming, the crew also went to Universidad Politecnica de Madrid, which is a public university in the city of Madrid. Moreover, some scenes for ‘Lies and Deceit’ were also filmed in Hotel Ciudad de Mostoles, which is located at Carretera De Mostoles a Villaviciosa.

Are Lies and Deceit a True Story?

No, ‘Lies and Deceit’ is not based on a true story. However, it is an adaptation of the British series ‘Liar’ as aforementioned, created by Jack and Harry Williams. Although the creators of the original series denied any plausible claims of the show being based on a real-life incident, they did admit that the increasing number of rape cases and allegations at the time of writing inspired them in some way to come up with the narrative that they came up with.

Despite ‘Lies and Deceit’ following the footprint of the original show and being a fictional narrative, it would be incorrect and ignorant to say that instances such as the one portrayed in the suspenseful series do not occur in real life. For instance, when Laura lays the accusations on Vera in the series, it is directly taken to the courtroom for judgment.

Such situations run parallel to reality as well, especially in a country like Spain, where the law states that for the act to be considered as rape, an act of violence or intimidation must be there as proof. Several woman’s rights activists have voiced their opinions on this law and demanded it to be changed.

The series does a fair job of portraying the loopholes and flaws in the current justice system in several countries. Victims of sexual abuse and rape like Laura, have been questioned and ignored for decades now, disregarding their accusations and sufferings. So, even though ‘Lies and Deceit’ follows a fictional narrative, the situations portrayed in the show do take place in real life quite frequently and make the viewers more conscious of the harsh reality.