Where is NASCAR Driver and Team Owner Today? Latest Update 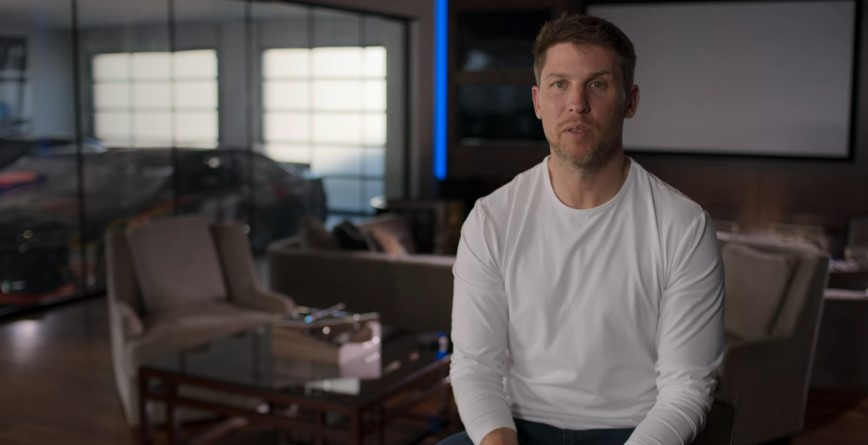 Netflix’s ‘Race: Bubba Wallace’ is a six-part docuseries that chronicles the career of Bubba Wallace, the only active black driver in the NASCAR Cup Series, and how he uses his platform to take a stand against racial injustice. The show also explores his unique relationship with storied NASCAR driver James Dennis Alan “Denny” Hamlin. He is both a fellow competitor on the track and the co-owner of the team Bubba races for.

Much like Bubba, Denny began racing at a young age and learned a lot about cars at his father’s repair shop, a place where he also discovered his work ethic. He was signed onto a developmental driver contract with Joe Gibbs Racing in the early 2000s and made his debut at the Cup Series in 2005.

Over the years, Denny has been a consistent presence at the racetracks, with his best season coming in 2010. Denny finished second in the championship at the time despite winning eight races on the calendar. He has 46 race wins and 305 top-ten finishes in a career that has spanned close to two decades and counting. Hence, we decided to find out more about his current whereabouts as well.

Where is Denny Hamlin Now?

In September 2020, Denny and his good friend, NBA legend Michael Jordan, announced their intention to start 23XI Racing. They planned to field one car in the Cup Series field for the 2021 season and chose Bubba as their driver.

The 41-year-old remembered how it all started, saying, “There was an article that got put out saying that Denny Hamlin and Michael Jordan were looking to purchase a stake in a race team. I thought, should I send this to him or not? I don’t want to rub him the wrong way, but I just sent it to him.”

What Denny thought would just be a joke soon became reality when he and Michael quickly moved to become business partners. With the idea of fostering an environment that focuses on winning, Denny chose to invest in the team to stay involved with NASCAR once he retired from driving.

He said, “We’ve got to be in this for the long haul. And so, building something slowly but surely, that is the strategic way we’re trying to go about this.”

Bubba’s first season with 23XI had a lot of ups and downs, and he eventually finished 21st in the standings. However, the team savored their first win at Daytona 500 in Florida. Denny was elated, saying, “It’s like watching your kid succeed at whatever they’re doing, whether it be baseball, musical theater, whatever, right? have no relation to anyone on this team, but they are family.

We spend a lot of time together; we work hard together. I know the people within the shop work very, very hard. They had to work their tails off to get this team off the ground just 10, 12 months ago.”

The team expanded to two drivers for the 2022 season, with Kurt Busch joining Bubba. Denny expected the team’s drivers to make the playoffs and hopefully build on the success from there. As for his racing career, Denny still drives for Joe Gibbs Racing in the Cup Series and Xfinity Series. In the recent Daytona 500, he was unfortunate to have crashed out.

Denny has two daughters with his former partner, Jordan Fish. However, there were unconfirmed reports of their relationship ending in 2021. Denny seems to live in North Carolina, with 23XI Racing’s headquarters based there. Furthermore, the Denny Hamlin Foundation raises money and awareness regarding children with cystic fibrosis and other chronic diseases.