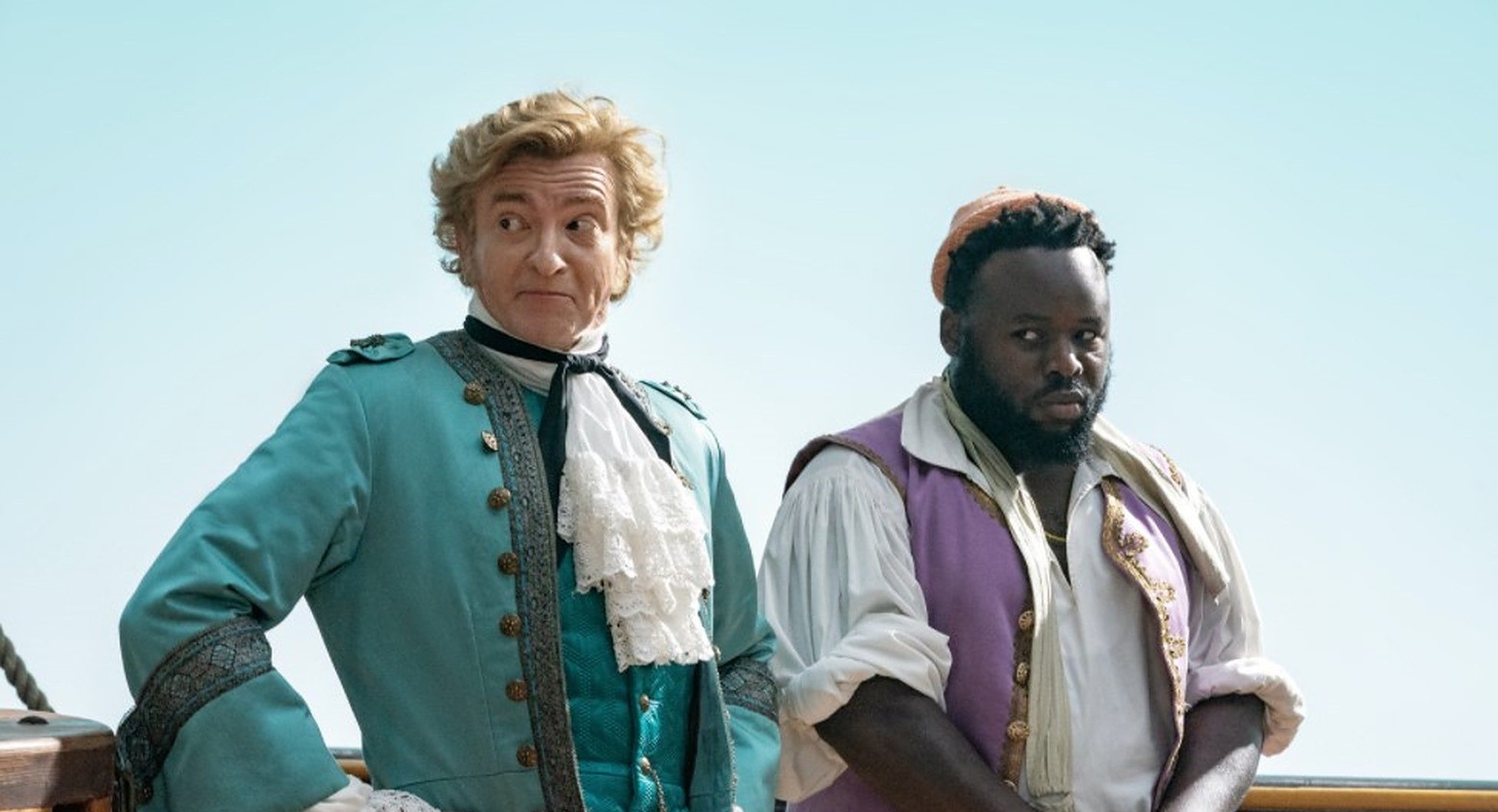 Created by David Jenkins, ‘Our Flag Means Death’ is a period comedy TV series that follows Stede Bonnet, a privileged 18th Century aristocrat who decides to leave behind his luxuries and become a pirate. As he comically struggles to adjust to his new, rugged life and command his men, he comes across the notorious pirate Blackbeard. Thus, hilarity ensues as Bonnet takes up the challenges of the sea and those who rule its waters.

With its oddball characters, rib-tickling narrative, and great performances by its stellar cast members, ‘Our Flag Means Death’ entertains the audience till the end. The backdrop of the 18th Century and life on a pirate ship adds a fun visual element to the show. If you are curious to find out where this interesting show is filmed, we’ve got you covered. Hop aboard!

‘Our Flag Means Death’ is filmed entirely in California AKA the Golden State, particularly in Burbank, Los Angeles, Arcadia, Glendora, and Malibu. Principal photography for season 1 commenced on June 14, 2021, and was most likely wrapped up in late September 2021. The cast and crew had an amazing time working together and frequently shared sneak-peeks of the filming process with fans on social media. Now, here are more details of the filming sites!

‘Our Flag Means Death’ is primarily filmed in the city of Burbank in the southeastern part of San Fernando Valley. Season 1 was majorly taped at the Warner Brothers Studios, situated on Warner Boulevard. The world-famous studios are equipped with the latest technology and are apt for recreating almost any location in the world.

Popularly called the “Media Capital of the World,” Burbank is home to several renowned production studios like The Walt Disney Company, Nickelodeon Animation Studio, and The Burbank Studios. Several TV series like ‘Inventing Anna,’ ‘The Big Bang Theory,’ and ‘Shameless‘ were filmed in the city.

Important portions of the show are lensed in the city of Los Angeles, which is considered to be the heart of the nation’s film and TV industry. Also called the City of Angels, Los Angeles is a hub of culture, arts, finance, and ethnic diversity. It houses numerous international filming studios like Paramount Pictures and Universal Studios and has a mammoth network of the best production crew and actors.

In addition, the pleasant Mediterranean climate of the populous metropolis and beautiful landmarks like Venice Beach, Baldwin Village, and Angels Flight, makes it an ideal filming destination. Many TV shows like ‘Pam and Tommy‘ and ‘Game of Thrones,’ and movies like ‘Spider-Man: No Way Home‘ and ‘Free Guy‘ were also filmed in Los Angeles.

‘Our Flag Means Death’ is also filmed in Arcadia, a city in Los Angeles County. A few seasons of season 1 were also taped at Los Angeles County Arboretum and Botanic Garden, located at 301 North Baldwin Avenue.

The serene garden lies in the hills near the San Gabriel Mountains and is a remaining portion of the historic Rancho Santa Anita. The prominent tourist spot in Arcadia has a large variety of flora and fauna. The movies ‘Bridesmaids‘ and ‘Saving Mr Banks’ were filmed there as well.

In addition to LA, the cast and crew of ‘Our Flag Mean Death’ seemingly shoot in the city of Glendora as well. The picturesque city is located in San Gabriel Valley. Several sequences of the first season were shot at Rubel Castle, situated at 844 North Live Oak Avenue. Built between 1959 to 1986 by Michael Clarke Rubel, the building is made mostly from recycled material like scrap steel and bottles that he acquired from nearby neighbourhoods.

Also called the Pride of the Foothills, Glendora is nestled at the foot of the San Gabriel Mountains. The charming city is rich in history, which reflects in its architecture that mixes various old and new styles. Glendora also served as a filming site for the movie titled ‘The Circle.’

‘Our Flag Means Death’ is partly taped in Malibu, a beach city in the Santa Monica Mountains region. It’s famous for the residences of various celebrities and sprawling beaches like Zuma Beach, Topanga Beach, and Point Dume Beach.

Moreover, it has several parks, such as Trancas Canyon Park and Las Flores Creeks Park, that form a part of the giant Santa Monica Mountains National Recreation Area. Movies like ‘Inception‘ and ‘The Big Short‘ and TV shows like ‘Two and a Half Men’ and ‘Big Little Lies‘ were filmed in Malibu.