Who Is Vasiliy Lomachenko? Joined Ukrainian Armed Forces To Fight Against Russia 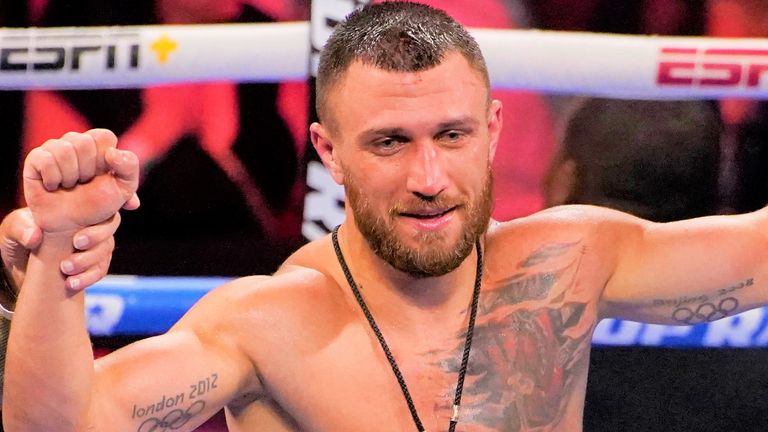 The ongoing conflict between Russia and Ukraine has become one of the most trending topics in the world now. Recently, Miss Ukraine joined the armed forces and decided to help her nation out. Now, another name has been added to the list.

Taking to Facebook, the 34-year-old boxer shared a post where he was seen wearing a military uniform. Vasiliy seemed ready to enter the combat zone this Sunday, February 27, 2022. The post has garnered more than 30K likes on the application with almost 1.7K comments and 4.5K shares.

According to reports, on the day of Russia’s attack on Ukraine, Vasiliy travelled to Greece. As soon as he came to realize it, he returned to his nation to be with his loved ones and family. Reportedly, the trip back home for “The Matrix” was no less than a marathon.

Who is Vasiliy Lomachenko?

Vasiliy Lomachenko flew to the capital of Romania, Bucharest then cross the country and eventually returned to Ukraine on Saturday. While Lomachenko is getting praised for joining the armed forces, he is not the first Ukrainian boxer to do so. Yes, the brothers Wladimir and Vitali Klitschko have also decided to contribute to the country by fighting against the enemies in the conflict.

You might be curious to know about Vitali Klitschko. Well, let us tell you that Vitali is the current mayor of Kyiv, the capital of Ukraine, which has also become the main target of Russia’s armed forces. Talking about Lomachenko, before starting his professional career, he was a two-time Olympic gold medalist as he sang his country’s national anthem at the Beijing 2008 and London 2012 editions. While in the former edition, Loma played at Featherweight, in the latter, he played at Lightweight.

In his professional career, Loma has snatched 16 victories in his account while has been defeated twice in a total of 18 matches. His decision to join the defence part of the country is getting a lot of appreciation from everyone and this gas made him trend on different social media platforms. Keep following our site for more updates and news across the globe.