Who Killed Edmund in Vikings: Valhalla? Why? 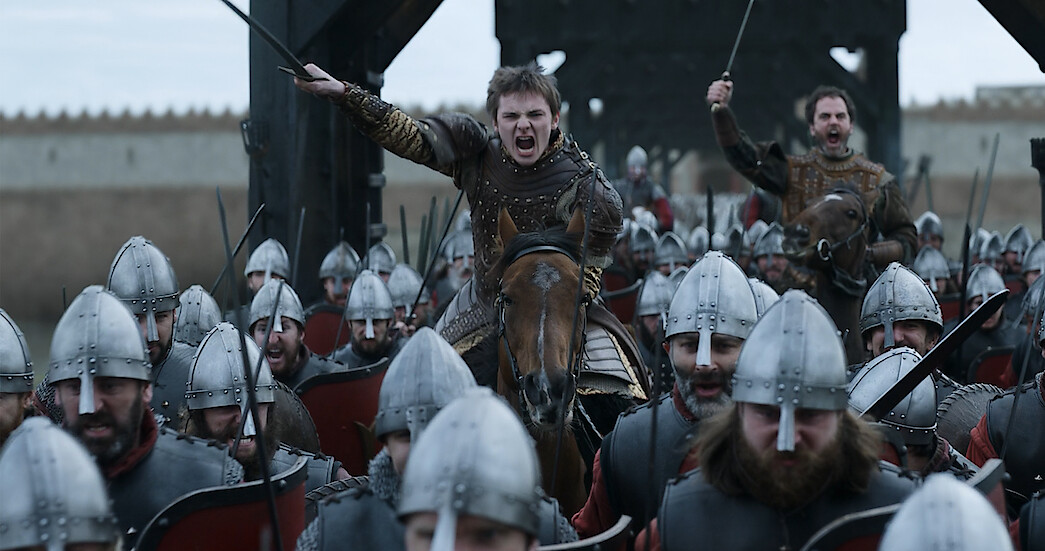 At the start of ‘Vikings: Valhalla,’ Prince Edmund (Louis Davison) is King Aethelred II of England’s oldest surviving son and heir. He is the stepson of Emma of Normandy. Convinced by the nobles that the Norse people are too busy fighting among themselves to care about what is happening in England, Aethelred begins massacring the Vikings living in his territory.

This gives King Canute of Denmark the perfect excuse to unite his people and attack England for vengeance. Many Vikings, including Harald Sigurdsson, lost family members in Aethelred’s systematic extermination and seek nothing short of the English king’s head. However, Aethelred is revealed to be fatally ill and dies shortly after the invasion begins.

Edmund subsequently becomes the King of England. In a different time. He could have been a great ruler. But his lack of experience, patience, and sound judgment ultimately proves fatal for him. If you are wondering who killed Edmund and why, this is what you need to know. SPOILERS AHEAD.

By his own admission, Edmund was never meant to be a king. However, his brothers died, and he was elevated to the position of his father’s heir. After his coronation, he receives good and reasonable counsel from Emma and Godwin (David Oakes). The latter used to be his father’s most trusted adviser and quickly assumes the same role for Edmund.

Edmund’s brashness and false notion of courage prove to be a disaster for his country. After Aethelred’s death, Canute promises Harald Edumnd’s head, knowing that he desperately needs the Prince of Norway for the success of his plans.

In every possible way, Canute is a better ruler than Edmund. After conquering England, he declares that he will rule jointly with Edmund because he knows that the latter can control the Saxon nobility. Canute then placates Harald by promising him the Norwegian throne.

Edmund increasingly feels alienated and powerless in the English court, especially after Canute and Emma begin a sexual relationship. Before Canute is forced to leave for Denmark to deal with a rebellion, he marries Emma and places his father, Sweyn Forkbeard, in charge.

Now, Forkbeard isn’t forward-thinking, patient, and fair like his son. Ultimately, Edmund grows frustrated about his current situation and foolishly vents to Godwin, believing he can still trust the latter. Godwin arranges a meeting between Edmund and his noblemen, who swear allegiance to him.

After the meeting, while racing Godwin, Edmund falls after his horse trips on a trap set by the other man. Godwin then stabs him beneath the left breast with a thin knife. It pierces the heart and fills Edmund’s body with blood. The nobles arrive and helplessly watch him die. Emma later figures out what happened and confronts Godwin until Forkbeard intervenes. England now has only one king, and it’s Canute.

Why Was Edmund Killed?

At first glance, it might seem that Godwin’s actions were exclusively driven by personal interests. Forkbeard just made him the Ealdorman of Wessex, giving him considerable power and influence. It’s a station that he could have never dreamed of climbing under Edmund.

However, we have to remember that the presence of Edmund automatically placed Canute and his family’s reign in jeopardy. It’s not just the nobility; the commonfolk probably also consider Edmund the rightful ruler of England. His death pre-emptively ends any possible rebellion in the near future. By sacrificing his boy king, Godwin ensures that there is peace in England.