Who Was Peter Carr NYU? NYU Tandon School Of Engineering Cause of Death 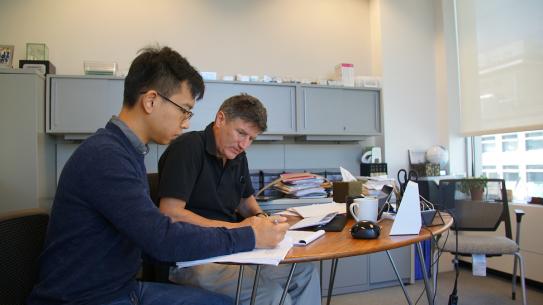 Social media got flooded with condolences and tributary messages ever since the death news of Peter Carr NYU announced. The news shattered his followers and his loved ones. Dr Peter Carr had served as the Chair of the NYU Tandon School of Engineering’s Finance and Risk Engineering Department for the last five years.

His passing has affected a lot of people who knew him and had ever crossed paths with him. Marcos Carreira, a Twitter user, shared pics of Peter with him and wrote that he is shocked and sad by the loss and called him a brilliant researcher and a kind man.

Dr Peter Carr served as the chairman of the NYU for almost five years. Before that, Peter contributed to the banking business for twenty years. Peter was also a trustee for the National Museum of Mathematics, WorldQuant University.

The late chairman was also the society of Quantitative Analysts (SQA). From UCLA, he completed his PhD in 1989 and went on to work as a finance professor at Cornell University for eight years. After that, Carr joined the financial business.

Reportedly, he had more than 85 papers in business journals and academics. NYC Tandon shared the saddening piece of news on Facebook. It was written that with indescribable sadness that they are sharing Peter Carr’s passing.

Naija Campus Jams addressed Peter as the chair of Tandon’s Department of Finance and Risk Engineering. He added that it would be impossible to overstate the esteem in which Peter was held both at their school and in the broader financial world.

The post also added that Peter had been serving as the chair of the mentioned school of engineering. Ever since the news appeared on social media, it has caught the attention of the netizens. Apart from his professional life, not much is known about his personal life.

As per reports, from 2011 to 2014, Dr Carr was named to Institutional Investor’s Tech 50 and was selected under the 50 most prominent persons in financial technology.

His tenure as chair of the FRE Department resulted in the applications for the MS in Financial Engineering program climbing from 1,300 to 1,979 per year. For the 2019 class, the average GRE score was 169.2/170 with a 3.85 GPA. It is no doubt to state that Peter was a talented businessman who worked with full dedication and passion. Our thoughts and prayers go out to his family and his friends. May his soul rest in peace!